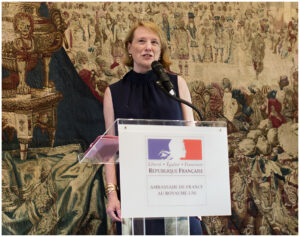 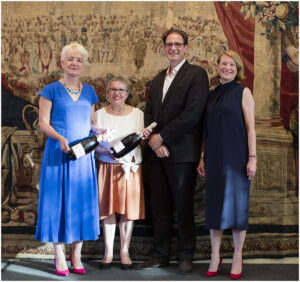 The sponsors are Gide Loyrette Nouel and Champagne Louis Roederer. The latter being represented at the event by Richard Billett.

Now in its fourth year, the award was presented during a reception held at the Residence of the French Ambassador in London on the evening of the 23rd of July 2019 at 6.30 pm.
We are so very pleased that the FBLS Prix Roederer has been used to award the hard and much needed work of Browne Jacobson LLP. The prize has been collected by Caroline Green, senior partner, and Dominique Tai who is in charge of the French clients. Alice Troènes-Smith, French group manager at Browne Jacobson, was also praised in the speech.

The directors of the FBLS are grateful for the generosity of Champagne Louis Roederer and Gide Loyrette Nouel for their sponsorship of the prize and all the donations from our members. The directors also wish to thank his Excellency Jean-Pierre Jouyet, French Ambassador in the United Kingdom as well as the Residence team for their precious help and warm welcome.