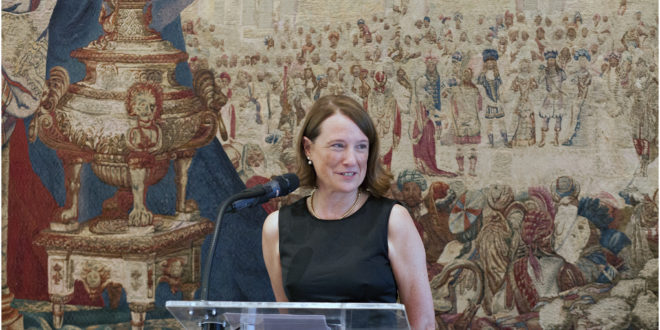 Winners of the prize: Sybille Idrac Raphael And Nathalie Lobel-Lastmann

Now in its third year, the award was presented during a reception held at the Residence of the French Ambassador in London on the evening of 20 June 2018 at 6.30 pm.
We are so very pleased that the FBLS Prix Roederer has been used to award the hard and much needed work of Consultations Gratuites over the last 20 years. The prize was awarded to Nathalie Lobel Lastmann and Cybille Raphael, founders of the Consulations Gratuites.

The directors of the FBLS are grateful for the generosity of Champagne Louis Roederer and Gide Loyrette Nouel for their sponsorship of the prize and all the donations from our members.