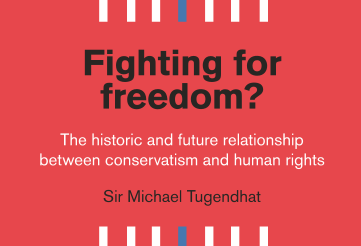 Fighting for freedom? The historic and future relationship between conservatism and human rights

Conservative writers and politicians have been influential in the development of human rights in the UK for centuries. Sir Winston Churchill made the enthronement of human rights a war aim, which was achieved by the founding of the European Convention on Human Rights (ECHR). It was a Conservative MP in 1968 who was the first to campaign for incorporating the ECHR into UK statute law, which would eventually be realised with the introduction of the Human Rights Act (HRA) 1998.  However, Conservatives today are sceptical of the HRA. The current Government has promised to review the UK’s future human rights legal framework after Brexit. This report outlines and assesses different options for reform, concluding that Conservatives should be supporters of the HRA and ECHR.