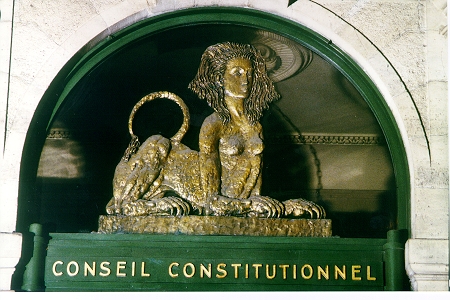 Judicial review of primary legislation in France: the increase in judicial activism in the Constitutional Council

The Franco-British Lawyers Society, in Association with the Edinburgh School of Law, invites you to a lecture by the students of the Law School of the University of Lorraine entitled « Judicial review of primary legislation in France: the increase in judicial activism in the Constitutional Council ». The discussion will cover the 2008 reform of the French constitution extending the powers of judicial review of the Constitutional Court and will assess the impact of such reform on the institutional balance of powers in the French legal system. The event will be held at the Edinburgh Law School, Raeburn Room, on Thursday the 27th March 2014 from 5.30 pm, starting with a coffee and tea, followed by the presentation at 6pm. This is a free event open to everyone.

More information on the event can be found here