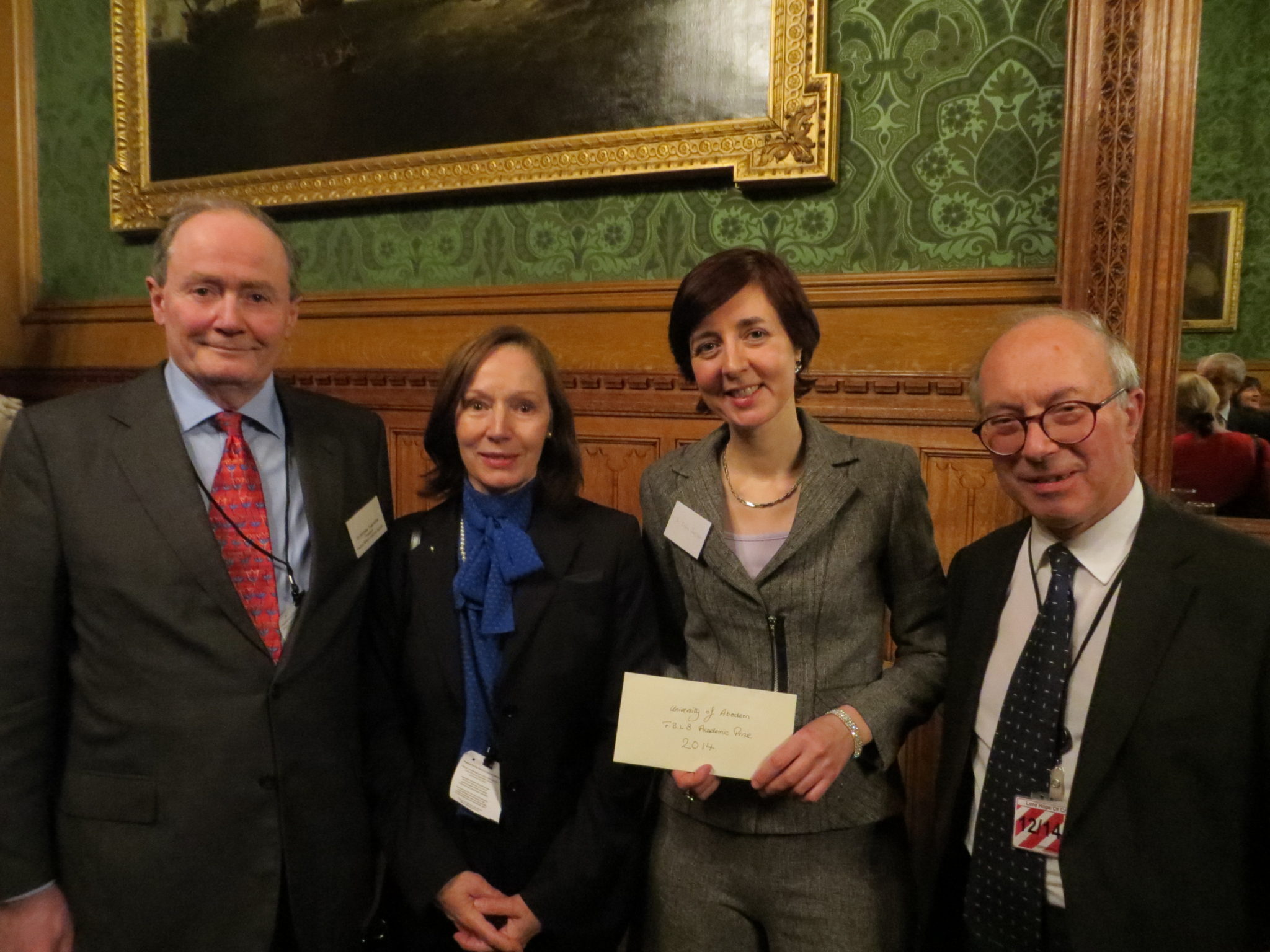 The Franco-British Lawyers Society UK Academic Prize 2014 was awarded to the University of Aberdeen for the unique five-year LLB with French Law that its School of Law offers in partnership with four French universities, the Universities of Clermont, Grenoble, Lyon and Strasbourg.

The award ceremony took place at the House of Lords on 27 January during the Annual Reception of the Society, hosted by Lord Hope of Craighead on behalf of Sir Michael Tugendhat, President of the FBLS.

Lord Hope of Craighead who presented the award to Dr Irene Couzigou from Aberdeen University’s School of Law said that the LLB with French Law was precisely the kind of innovative programme the Society wished to promote as it would give young British law students the opportunity to deepen their knowledge of French law and culture and also enable them to acquire a greater understanding of their own law and culture in a broader context.

Dr Couzigou said that she was highly honoured to receive the award on behalf of Aberdeen University. She said that the University would be setting up a fund and using the prize money to reward the most outstanding students in the programme. She added that the students would be very happy about this and would see it as an encouragement to further excellence.

Dr Vivienne Forrest, the FBLS Academic Director, said that the FBLS was pleased to award the prize to Aberdeen University as its unique five-year LLB with French Law would most certainly help to promote Franco-British legal understanding and relations. She found the Aberdeen University LLB particularly innovative in that, in addition to developing Franco-British legal understanding, it placed a parallel emphasis on the enhancement of both cultural understanding and linguistic competence. This three-pronged approach to law studies, she added, was most enriching for the students who participated in the programme.