International Women’s Day is a global day celebrating the social, economic, cultural and political achievements of women. It also marks a call to action for accelerating gender parity.

The UK Equal Pay Act 1970 prohibits any less favourable treatment between men and women in terms of pay and conditions of employment, but current affairs remind us that progress is still needed in this area.

This year marks the centenary of women gaining the right to vote and being eligible in Great Britain, yet women represent less than a third of the 650 MPs elected at the 2017 General Election.

In France, women gained the right to vote and be elected in April 1944, and voted for the first time in 1945. However, in 2018, only 38% of the deputés of the Assemblée Nationale are women.

International Women’s Day reminds us that despite great advancements in improving gender equality, more needs to be done.

If you want to know more about International Women’s Day, its origin and how you can get involved, please visit www.internationalwomensday.com. 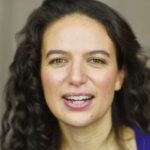 ANNUAL FRANCO-BRITISH LEGAL CAREERS FORUM Tuesday 16 November 2021, 6.00 – 8.00pm ONLINE PANEL   All law students, trainees and recently qualified lawyers are invited to attend the ONLINE Forum organised in conjunction with The …
Nov
30
Tue
18:00 Complex tax issues arising betwe...
Complex tax issues arising betwe...
Nov 30 @ 18:00 – 20:00
The FBLS is very pleased to have their first event in presential “Complex tax issues arising between France and the United Kingdom for private clients” The seminar will be followed by a cocktail reception in …
Jan
31
Mon
18:00 Annual Reception at the House of...
Annual Reception at the House of...
Jan 31 @ 18:00 – 20:00
We are delighted to say that the House of Lord reception will be happening again on January 31st, 2022. By Invitation Only
View Calendar
Add